Electronic cigarettes infused with food-flavoured liquids could help with weight control, according to a paper that looks into vaping as a tool to help tackle obesity. A review of existing research published in the journal Nicotine & Tobacco Research found the combination of the e liquids with food flavourings may replicate certain sensations of eating. This coupled with the hand to mouth actions of 'vaping' - an alternative to smoking using e-cigarettes - could play a role in helping people better control their dietary intake.

E-vapor devices are considered safer than smoking as they do not contain dangerous substances such as tobacco or tar. It is the nicotine used in e-devices that has the desired inhibitory effect on appetite and may help with weight control. However, trace substances such as formaldehyde, a known carcinogen have been detected in e-vape kits in the past as has diacetyl, a flavouring agent linked to lung disease . Pick your flavour Authors of the review from the University of Stirling and Massey University College in New Zealand discussed how the liquids used in e-cigarettes could be mixed with food flavours to suit individual preferences for taste, sensation and nicotine concentration. 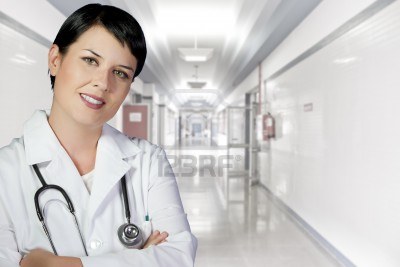 These taste preferences may be important for vaping, where users can choose different flavours that could potentially address food cravings. Indeed, recent studies suggest that an individual’s sensitivity for a particular taste, flavour or aroma may be linked with specific food choices and may be a risk marker for metabolic disease. New vapers, who smoke or are switching from smoking tobacco, reportedly start with tobacco flavours but later switch to fruit and other food-related flavours. Food flavours available include berry, lime, coconut and citrus, sweet flavours such as vanilla, cinnamon, chocolate, mint, and toffee as well as alcohol flavours such as bourbon. Capsaicin content

” According to Dr Linda Bauld, professor of health policy at the University of Stirling and deputy director of the UK Centre for Tobacco and Alcohol Studies, the benefits of e-cigarettes for smokers have been shown to far outweigh the harms as vaping carries around 5% of the risk of smoking. “However, this paper is not suggesting that we should promote e-cigarettes to non-smokers or non-vapers for weight management,” she added. The team said vaping was not without risks, with concerns about the constituents of some food flavourings.

Research has suggested diacetyl levels in some e-cigarette liquids are potentially harmful even at levels 100 times lower than in tobacco smoke. “Vaping only shares some like sensations with eating – like aroma, taste, the hand to mouth action, a mouth feel,” said associate professor Marewa Glover from Massey University’s school of public health and lead author of the research. “Of course people are not actually ingesting vapour, so it isn’t the same.”

She added: “We really need to do some research to test the effect of vaping specific flavoured e-liquids on satiety and try and identify the effective component of what’s happening. "The brain could experience some conditioned response to what some vapers have called the 'smaste' (smell and taste), but if other satiation signals do not follow, i.e. a feeling of fullness or digestive signals, then the craving for that food (if the person was craving) would likely quickly return.” Revising EU regulation Weight gain usually occurs following smoking cessation as people replaced smoking with snacking. ©iStock The UK government recently stated that while the flavourings used in e-cigarettes were not banned, producers had to submit detailed information about their products to its Medicines and Healthcare Products Regulatory Agency (MHRA). This comes under the revised EU Tobacco Products Directive , which came into effect in May this year. The directive states: "All ingredients in the product should be listed on the label where they are used in quantities of 0.1% or more of the final formulation of the e-liquid. "Where a flavour ingredient contains several component chemicals, it is acceptable to describe the ingredient on the label by the name of the flavour, for example ‘strawberry flavour’." Dr Susan Jebb, Professor of diet and population health at the University of Oxford added that one of the reasons weight gain follows smoking cessation was that many people replaced smoking with snacking, often on high energy foods. “This article makes a plausible case that quitting with e-cigarettes which contain nicotine especially those with sweet or food-related flavours may reduce the risk of weight gain. But to date there have been no clinical trials to test this idea.” Could food flavoured e-cigarettes be used to fight the flab?

up
View full version of the site
Sklep internetowy Shoper.pl